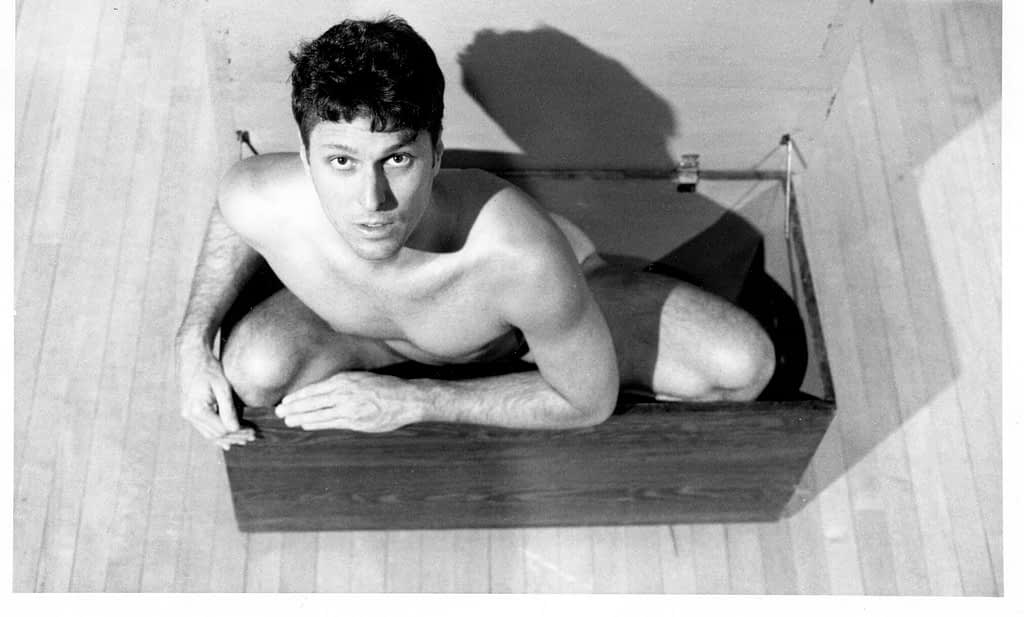 Miller’s performances have been presented all over North America, Australia, and Europe in such prestigious venues as Yale Repertory Theatre, the Institute of Contemporary Art (London), the Walker Art Center (Minneapolis), and the Brooklyn Academy of Music. He is the author of the books SHIRTS & SKIN, BODY BLOWS, 1001 BEDS, which won the 2007 Lambda Literary Award for best book in Drama-Theatre, and A BODY IN THE O. His solo theater works have been published in the play collections O Solo Homo and Sharing the Delirium. Miller’s book 1001 BEDS, an anthology of his performances, essays and journals, was published by University of Wisconsin Press in 2006. Miller has taught performance at UCLA, NYU, the School of Theology at Claremont, Cal State LA, and at universities all over the US. He is a co-founder of two of the most influential performance spaces in the United States: Performance Space 122 on Manhattan’s Lower East Side and Highways Performance Space in Santa Monica, CA.

Miller has received numerous grants from the National Endowment for the Arts. In 1990, Miller was awarded a NEA Solo Performer Fellowship, which was overturned under political pressure from the Bush White House because of the gay themes of Miller’s work. Miller and three other artists, the so-called “NEA 4”, successfully sued the federal government with the help of the ACLU for violation of their First Amendment rights and won a settlement where the government paid them the amount of the defunded grants and all court costs. Though the Supreme Court of the United States decided in 1998 to overturn part of Miller’s case and determined that “standards of decency” are constitutional criterion for federal funding of the arts, Miller vows “to continue fighting for freedom of expression for fierce diverse voices.”

Since 1999, Miller has focused his creative and political work on marriage equality and addressing the injustices facing lesbian and gay couples in America. Says Miller, “I want the pieces to conjure for the audience a site for the placing of memories, hopes, and dreams of gay people’s extraordinary potential for love.”

In 2017 he received the Association for Theatre in Higher Education’s Ellen Stewart Award for Career Achievement in Professional Theatre. Miller lives in Venice Beach with his husband Alistair McCartney. His fifth book A BODY IN THE O was published by University of Wisconsin Press in 2019.